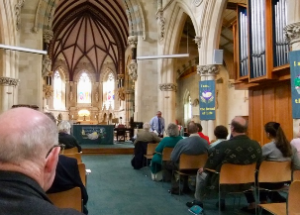 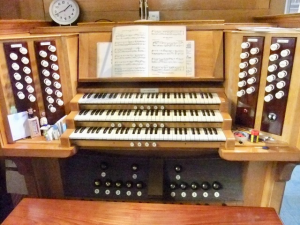 Our member Christopher Boodle MA, FRCO gave a lecture/recital on German Baroque Organ Music at Holy Apostles’ Church, Cheltenham. He started his talk by saying that the period was an age of invention, with inventors Sir Isaac Newton, William Harvey, Robert Boyle and others showing how things worked and asking many questions. The teaching of Martin Luther began to be established. It was the Age of Enlightenment, not only in science but in music as well.

The organs. Organ builders Schnitger (1648-1719) and the Silbermanns (1683-1753) produced organs with mechanical action, piquant sonorities and fairly low wind pressure. Schnitger inspired a renaissance in organ building in the 20th century, with small cohesive instruments. The Silbermanns used strong reeds, a broad range of stops, and pipes with high tin content to give brightness of tone. A well-known example of this work is in Freiburg Cathedral.

The Composers: Pachelbel, Walther, Buxtehude, Bach and others, all composed in this period.

Music: Chorale Preludes, Preludes and Fugues, and some sets of variations were composed in this period. 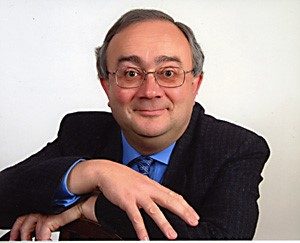 Music Played: Christopher played a number of pieces to illustrate his lecture. They were performed exceptionally well and included:

Prelude and Fugue in D minor      J.S.Bach (The Fiddle Fugue)